Projected Capacitive technology (more commonly referred to as PCAP) is the new kid on the block when it comes to touch technology. It is the same technology that is used in smartphones and tablets due to its high levels of accuracy and speedy response times. The way PCAP touch technology works is by fixing a sensor grid between a layer of cover glass and the LCD panel, so when a finger touches the glass the grid detects the coordinates of the touch point. This is shown in the diagram below. 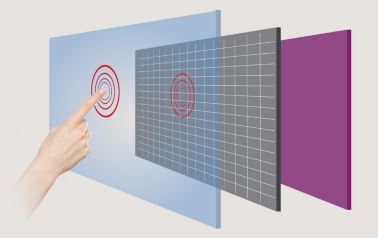 With PCAP touch no recessed bezel is required creating a strong tempered edge-to-edge glass front for a more striking display. From easy cleaning to smooth gesture recognition PCAP is the definitive touch technology. This however comes at a cost as they can be up to 60% more expensive than their Infrared counterparts.

Infrared touch technology (also known as IR) is the most widely used touch screen in commercial applications and has been the industry standard for decades. Using IR technology means that no actual contact with the screen is required so less damage is incurred over time. It works by embedding LED lights and sensors into the bezel of a monitor above the glass. These LED’s beam a signal across to the corresponding sensor on the other side forming an invisible grid. When the grid is broken by a finger, or other solid object, the sensors can detect the touch point. This is shown in the diagram below. 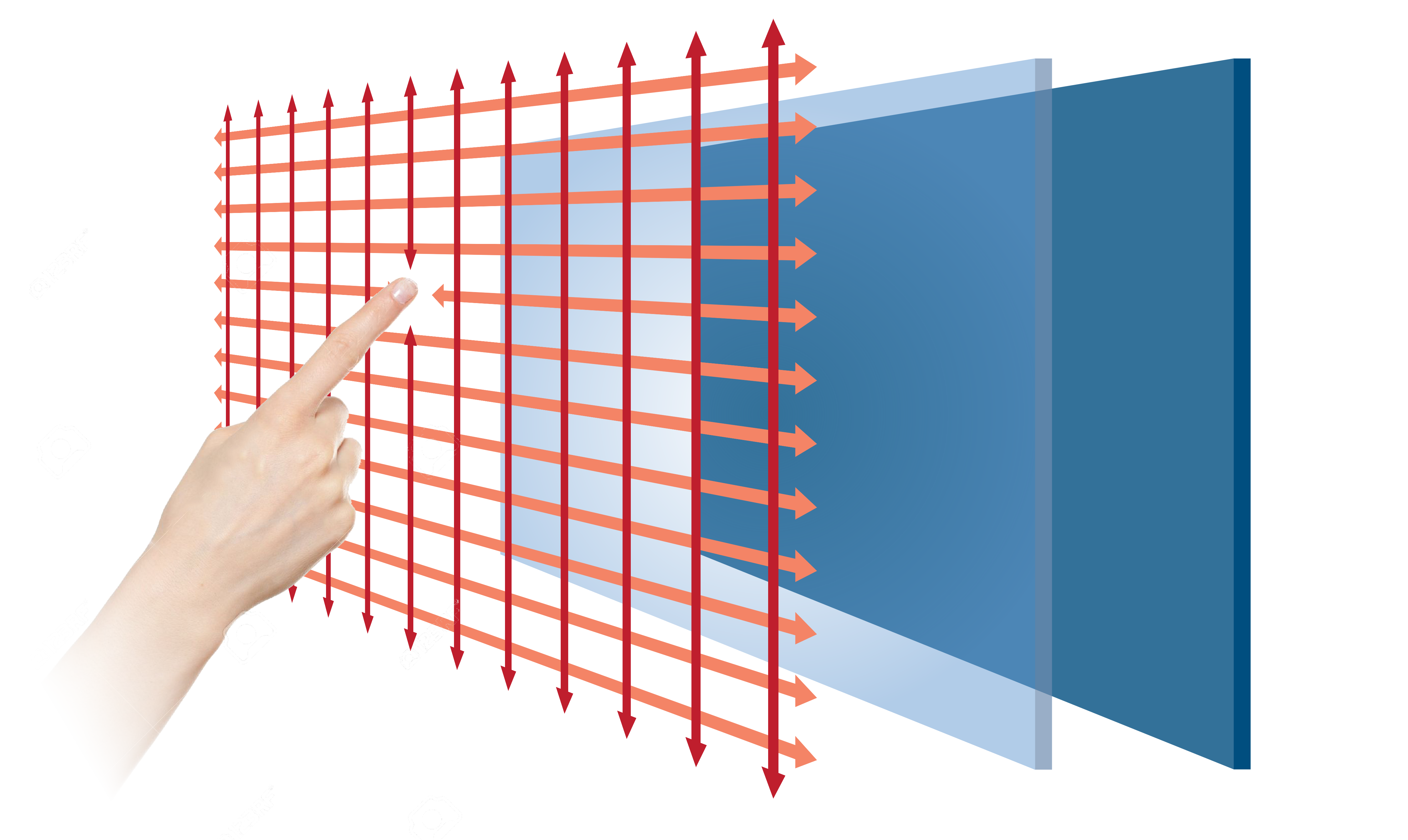 A bezel will always be required when IR is used due to the way it works. However unlike PCAP, IR technology can scale to very large sizes with no drop in quality. The largest IR touch screen we have produced has been a staggering 84”. PCAP and Infrared are the two most suitable forms of technology used in commercial touch screens.

Both are great but depending on the customer’s requirements one may be more suitable than the other.

Take a look at our new AIO PCAP Touch Monitors with Dual OS or take a closer look at all our touch offerings here.

For more information including pricing and a data sheet please email info@crystal-display.com or call our main office on +44 (0) 1634 327 420.